From one of the oldest established families in Sancerre, Domaine Vacheron is run by Jean-Dominique Vacheron and his cousin Jean-Laurent. ‘Vacheron is surely one of the highlights in the Sancerrois,’ writes the Wine Advocate. Each cuvée from Vacheron has laser-like focus, whilst the two single-vineyards show another level of intensity and power.

Domaine Denizot, run by 8th generation vigneron Thibault Denizot, is a rising star in the appellation. Not only do the wines offer fine definition and character, but also offer terrific value! 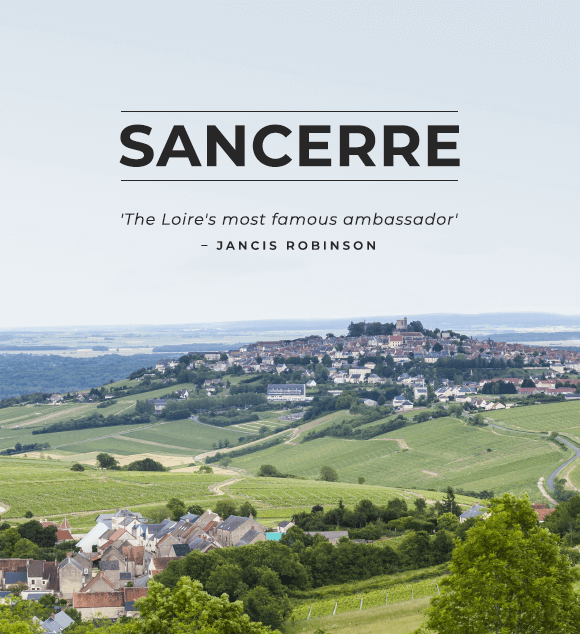 ‘The chalky Kimmeridgian soils found in many parts of the central and upper Loire are very similar to those in Chablis and Champagne. Here, though, it is not Chardonnay, but Sauvignon Blanc, that is given one of its purest expressions, with a distinctive saline quality that sets it apart from those grown almost everywhere else in the world.’ – Antonio Galloni, Vinous.com

The Vacherons cultivate 47 ha in Sancerre, mostly on silex (flint) and chalky soils. Their entry-level 2018 ‘is anything but’ says Wine Enthusiast. It is striking and steely with beautifully pure aromatics. The 2017 Vacheron Sancerre Le Paradis is a single-vineyard wine from a very steep, south-facing slope with rocky limestone soils. Aged in large wooden vats for at least 12 months, this is a precise wine which shows more floral and citrus notes than the 2017 Vacheron Sancerre Les Romains. The latter hails from pure silex (flint) soils, also on south-facing slopes, and shows aromas of smoky flint, coupled with intense power and finesse. The acidity on both wines neatly underscores the aromatics and will allow for good ageing.

From the Denizot’s 19-ha domaine, we offer the 2018 Denizot Sancerre – a fresh, balanced blend of various lieu-dits from 90% caillottes (pure limestone) and 10% terres blanches (chalky clay) soils aged in concrete. From a steep slope (40% gradient!) of caillottes and aged in 600L oak barrels, the 2017 Denizot Sancerre Damoclès is a rich, chiselled wine with beautiful tension and chalky minerality.